184 km long, 11 gravel sectors with a total of 63 km. Sunshine (or rain), Tuscany, historical towns and their medieval buildings. The best one-day specialits of the world and enthusiastic fans along the roads.  That’s Strade Bianche!

Last year’s edition was epic (see my previous post), and most of the main protagonists are back. According the forecasts the weather will be nice to the riders this year, mostly sunny, but gentle breeze is possible.

The first big move of the race is expected at the 8th of the 11 sectors with 54 km to go, probably a big group  with prominent riders. This is the second longest sector (11,5 km) covered with white gravels. If someone misses the moment, he will leave the race with empty hands for sure.

As we saw in the last few editions (for example in 2018) the decisive move will probably happen at the 10th sector, cca 20 km before the finish line.

The 3rd important point of the course is in the finish town, Siena, when the road is getting steeper (there is  16% slope inside the last km).

Defending champion Tiesj Benoot (Lotto-Soudal) will be at the startline, although he ha a crash at the Omloop Het Nieuwsblad last Saturday. At that race Tim Wellens finished 3rd, he is my another choice from the Belgian team for today.

Wout van Aert was on of the heroes of last years edition. He raced with the procontinental team Veranda’s Willems Crelan. Now he is the member of the WorldTour team  Jumbo-Visma and will get all the support of his teammates.

The last 3 one-day races were won by the riders of Deceuninck-Quick Step, so the Wolfpack is at it’s top form again. OHN-winner Zdenek Stybar is in the peloton, he has already good memories (a victory in 2015, a 2nd place one year later) from the white gravels. It will be the first Strade Bianche for Julian Alaphilippe, who kicked off his season in good form in South-America in January, and this going to be his first European race of the season. We haven’t seen him since the end of Colombia 2.1, but he seems to be very determined.

Astana was definitely the team of the month in Ferbruary, both Alexey Lutsenko and Jakob Fuglsang won a race. They haven’t any big success for March yet, maybe at this race?

Also Vincenzo Nibali (Bahrain-Merida) is at the startline in Siena, he is not one of the biggest favourites, but well, he is Nibali, if he is in good mood, anything can happen.

Meanwhile Michał Kwiatkowski (Team Sky) skips the race, but Geraint Thomas will be at the startline.

And finally, the dark horse of the race could be Tadej Pogacar, the young rider of UAE Team Emirates, who won the Volta ao Algarve last month.

You can follow my live tweets during the race  here. 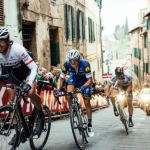 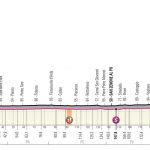